Silver Haired Bats are one of Ohio's 13 bat species. These bats are one of the most abundant batsfound in areas of the United States.

These bats have a diet that consists of soft bodied insects including termites, flies, midges, moths, mosquitoes, beetles, ants, and spiders. Silver haired bats may feed all night or at dusk and dawn over ponds and streams.

Silve haired bats are a solitary species. These bats are like most other bats mating prior to hibernation, overwintering the stored sperm. Fertilization occurs in early spring producing one to two pups in late June or early July.

Silver haired bats can be found in most of the United States, Canada, Mexico, and Bermuda. They are migratory tree bats spend most of their time in heavily densed forests roosting higher than 33ft. Mostly in loose tree bark, woodpecker holes, tree cavities and crevices including within dead and dying trees. They are a slow flying bat that allows them to fly long ditances in the winter. Silver haired bats seen in Ohio are generally migrating through the state heading southward.

Bat information on other types of Ohio Bats 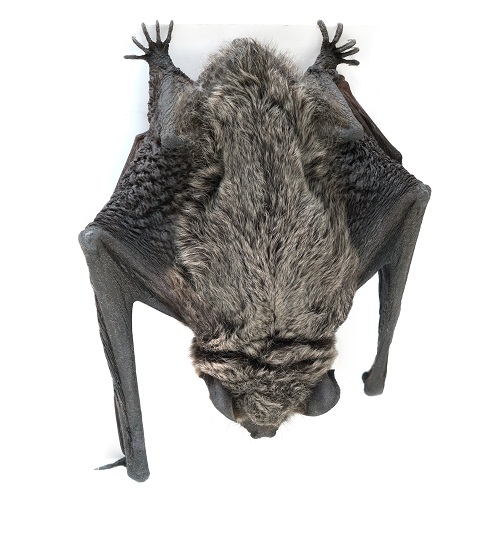